Get this post-dungeon fantasy and 23 more for $15.00 USD
Mutual Aid Bundle for The Dice
View bundle
Buy Now$10.00 USD or more

DungeonDelvers.tv (or DDTV for short) is an OSR inspired tabletop roleplaying game designed for 2-6 players about Dungeon Delving in a post-dungeon society, using the Together We Go system by Plus One Exp and Apes of Wrath. Players are adventurers who delve into the dungeons of old while streaming it to their faithful Subscribers on the DungeonDelvers.TV platform. It’s a rough job, and a lot of Delvers have died doing it, but there is a freedom in making your money by working for yourself that’s hard to break free from, especially in this economy.

DDTV currently sits as a 60 page game with even more incoming! The game functions great as is, but there are still 36 brand cards, 72 magic items, and a variety of new additions on the way! This has been a truly massive undertaking, and what's out now is just the first of many steps.

Set in the world of High Magic Lowlives by Gemroom Games, and RADCrawl by Brandon Leon-Gambetta, DDTV has a rich fantasy world ripe with fun ideas, and plots that will be a hit at any table. DDTV is a post-dungeon fantasy, which means that unlike more traditional Sword and Sorcery games, this game takes place in a world that is mostly in line with our current technology, but not quite yet in the tech overrun future. Cell-phones, mass transit, and the internet are all things players might have to contend with, but the mages and demons of old are still here too. They just might be using spyware in addition to magic. While Dungeons still exist, they aren’t the Dungeons of days gone, and you aren’t delving into them to find gold and magic items.

OSR means a lot of things to a lot of people (way more than I can get into in a quick definition) but as DDTV is only inspired by the OSR, here are the bits I’ve taken from it.

For the last few hundred years, technology has evolved at much the same rate you’d expect it to in a world not plagued by Magic & Monsters. The rich have stayed rich by any means necessary, and the tech boom of the 21st century wasn’t nearly enough to stave that off. In days of old, stories of heroes fearlessly running into dungeons, clearing them of monsters, and becoming fabulously wealthy were commonplace. In the current era though, the dungeons have long since given up their treasure, housing nothing but an ever-growing population of monsters.

Without regular culling of these dungeons, they have been able to spawn new monsters out of control. The Royals of the Immortal Aristocracy initially kept these dungeons cleared with their own men, but as time went on, building walls to keep the monsters out became much easier, and these same dungeons were allowed to spawn monsters uncontrollably for decades. These dungeons provide a clear threat, and one without an easy solution, as the gold and glory of these places have long since been plundered.

This new and exciting streaming platform gives streamers exactly what they want: a boundless source of new content to market to viewers; and viewers exactly what they want: - the possibility of seeing someone actually die on screen. A new site built around the dark corners of the internet of years ago, DungeonDelvers.tv was not always the popular streaming site it is today. Despite its creation by the Heir to House Ciseaux, it was an uphill battle to get approval from most of the Immortal Aristocracy. It took House Cindermoth’s realization that “actually violence is good, and it’s even better if we run commercials over it” to get the Aristocracy on board, and the platform popular with the populace at large.

Now that DungeonDelvers.tv is the number one streaming platform in the world, it’s hard to escape its pull, and harder to deny that despite its rough start, it’s legitimately doing good things for the world at large by encouraging people to repeatedly clear dungeons. The influx of streamers and viewers, while good for the world at large, has created a culture around streaming that is literally cutthroat, hard to get a start in, and even harder to make it big in.

Members of the Immortal Aristocracy, despite their initial hesitation, regularly sponsor Army Streams where they show off their military might, easily crushing whole dungeons, and raking in cash for the royals. Established Delvers enter dungeons armed to the teeth with Brand Sponsorships, facing no credible threats in the drive to increase brand awareness…

The Delvers of this game, though, are just getting started. They come from much humbler roots: farmers, students, social media interns, and retired gamers; and have yet to reach the heights of Delving Fame. Delving here is much more dangerous, much more exciting, and all it takes is one lucky break to be the next Gunner Blathers.

Special thanks to a ton of people, without whom this game wouldn't be possible. Among them are Brandon-Leon Gambetta, Dan Phipps, Kali Lawrie, Tony Vasinda of Plus One Exp, and the whole TPK Roleplaying Team!

Also a huge thanks to Dyson Logos for use of his incredible maps, and Thomas Novosel for use of a ton of art!

DDTV is based on Down We Go (downwego.games), and licensed for our use under CC BY 4.0 International. DDTV is not associated with Plus One Exp or Apes of Wrath.

Plus One Exp, House Slay3rs

Get this post-dungeon fantasy and 23 more for $15.00 USD
Mutual Aid Bundle for The Dice
View bundle
Buy Now$10.00 USD or more

In order to download this post-dungeon fantasy you must purchase it at or above the minimum price of $10 USD. You will get access to the following files:

Support this post-dungeon fantasy at or above a special price point to receive something exclusive.

Life's hard, play the game for free on me. If you get the cash to support me later I would love that, but if you don't? I'm not stressing it! 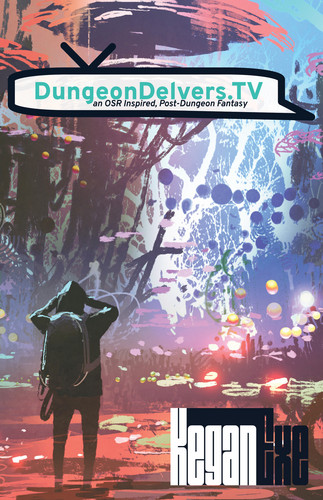 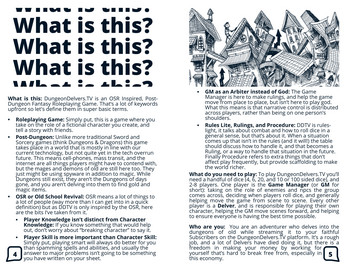 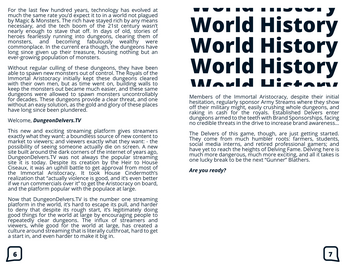 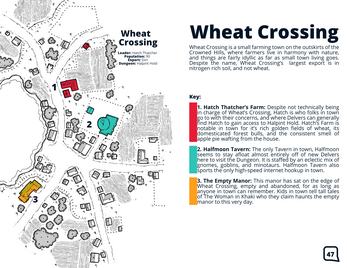 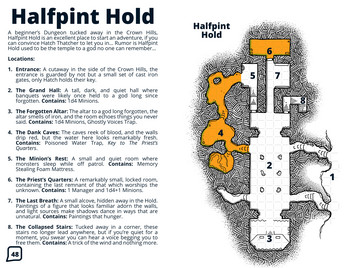