4/11/21: The Necromancer has been released! Thank you everyone who pre-ordered!

Some specific content to be aware of includes: physical injury, abandonment, death & sickness (as well as descriptions of both, in both people and animals), and general misery.

The Necromancer is a one player The Wretched hack that uses birthday candles, a tarot deck, a 6 sided dice, and a journal to tell the queer story of a necromancer desperate to return their dead love back to life. I made heavy use of The Wretched & Alone  SRD in writing this, but it is a stand alone game!

The Necromancer funded via Itch instead of using Kickstarter or another contemporary. This funding platform allowed me to guarantee a game, without stressing about a time based goal, or total funding numbers,  but also get things to make it nicer as I went, and it was a smashing success! In the end we raised a little over $400 which was massive! To look at other games that are itchfunding, go check out this list I made here!

Necromancy is a curse and a disease, and it inevitably kills the practitioner. You’re not entirely sure what you did to become a necromancer, but you know that the forces of life and death themselves now bend to your will. Upon the discovery of your necromancy, the town you live in pushed you to the very outskirts. They now treat you with scorn and derision, as if the whims of fate had been yours to command, and you chose this death sentence for yourself.

You are hideously powerful, you could snap a mortal in twain with but a thought if you wished to. You can make legions of corpses rise from the dead and dance for days without exerting yourself at all.  As far as you are aware, the one thing you can’t do seems to be true resurrection. Animating a body and reattaching a soul are two entirely different things, and what good is one without the other?

Your partner has recently died. As you aren’t blessed with foresight, you didn’t see it coming, but you are possibly the only person who can fix this. You can bring them back. You found a book which contains a ritual to revive them for real, but it’s dangerous, and you know that using your powers will hasten your own death if you aren’t careful. The ritual is incomplete, and your earnest belief is that the person who wrote it probably died trying to complete it.

You have to give it a try, though. Your death, your failure, is almost inevitable… but you know they would have done it for you, and there is a chance it will work out. There is a chance you can see them again.

You’d do anything for that chance.

In order to download this tragedy you must purchase it at or above the minimum price of $10 USD. You will get access to the following files:

Support this tragedy at or above a special price point to receive something exclusive.

If for any reason you can't afford a copy of the game, help yourself to a community copy of The Necromancer. This is a game I care a lot about, and I really want people to be able to play it, and to that end I will try to keep a number of Community Copies in the pool at any given time so that folks can access it more easily. 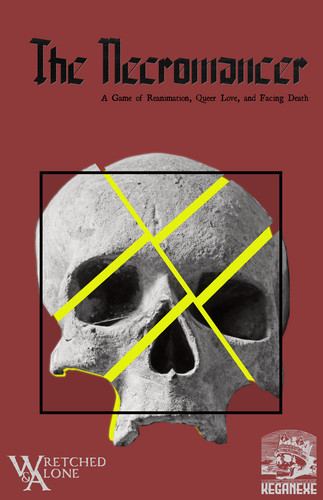 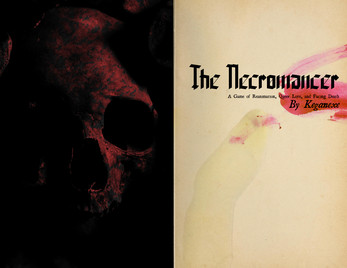 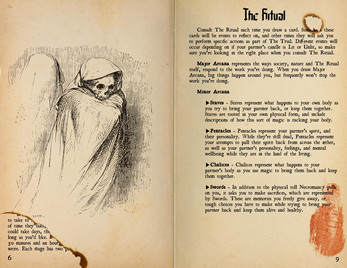 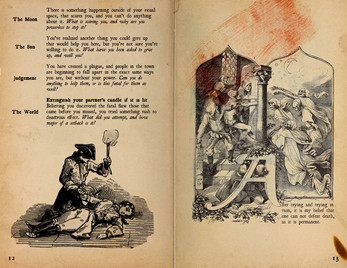